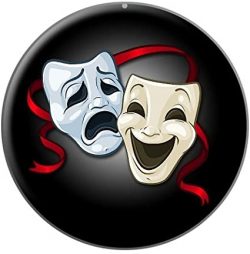 As expected, the 2020 General Elections have devolved into political chaos, accusations of widespread voter fraud, riots and armies of lawyers descending into battleground states, and it’s just getting started. While counts are still in progress, winners and losers have been declared and lawsuits are now in play. As expected, this election is heading to the courts. Our country’s election system that in 2016 was decried as being hacked and influenced by the Russians is now acclaimed as being the most secure ever, despite the abundant evidence of widespread ‘irregularities’. Whomever is eventually certified as the winner, the one clear loser in this election is the American people. The will of the people has been replaced by the whim of the political party. It is truly election theater and we only have the illusion of being a participant in it.

The allegations are numerous:

– Over 100,000 ballots for one candidate, and none for the other, showing up in the middle of the night.
– A tabulating software ‘glitch’ switching thousands of votes from one party to the other.
– Ballots being marked as received on time, after the polls have closed.
– Ballots found in the trash, dumpsters and trunks of cars.
– Ballots being completed in the counting centers.
– Observers not given access to the counting centers and being evicted.
– Counting centers blocking their windows to observers.
– Votes from the dead, some dead for decades, being counted as valid.
– Votes cast exceeding the number of registered voters in given areas.

There is more, much much more, but that doesn’t seem to matter. Are any of allegations true? It depends on who you ask. We’re told that our elections with the mass of COVID-19 inspired, non-requested vote-by-mail ballots is the securest ever. It’s now in the hands of the lawyers and courts to sort out.

It’s also interesting to note the Electoral College, previously called an obsolete relic of the past following the elections in 2016, is now hailed as the ‘law of the land’ who’s result must be respected. Even the losing 2016 Presidential candidate who has called for the abolition of the Electoral College is now proud to join her ex-President husband as a New York State Elector. It’s amazing how a little time and circumstance changes perspectives.

If only there were a way to ensure only valid voters could vote only once in an election. Certainly, demanding voter ID and a validation system at the polling place would do that, but then, free photo ID easily available to every U.S. citizen in every part of the country would be discriminatory to someone, like ineligible voters.

If nothing else the 2020 elections will go down as the most questionable and least trusted in our nation’s history. And we the people of the United States are the ones who have just lost.