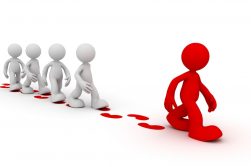 I often refer to gun control advocates as elitists because that’s exactly who they are. They are the uber-rich, busy bodies that subtly bankroll the movement around the country. These elitists, and their favorite pet politicians, are in fact hypocrites.  While advocating for ever more draconian gun control measures for the public, they themselves are surrounded by small armies of heavily armed law enforcement and private security.

Take a look at the people who are sponsoring and passing these laws. They live and work in buildings protected by armed security who screen everyone – except them – for weapons. When they are out in public, their armed security goes along with them to keep them safe from threats.  THIS is what they do to keep themselves safe.

What do they do to keep you safe? They say you will be safe if they post a “Gun Free Zone” sign at public schools, theaters and restaurants.  They tell you these signs “don’t attract shooters, they repel them”. They say that firearms in the hands of the public are dangerous. They say you will be safe by outlawing certain types of scary looking firearms, ammunition and magazines. They tell you by limiting the type and number of firearms law-abiding citizens can possess, criminals will no longer have access to them.

They pass laws mandating more licenses and fees to buy keep or carry firearms, plus mandatory training and registrations, all designed to keep firearms and ammunition out of the hands of everyday citizens. For those who can afford them, they pass laws to ensure they are limited, restricted, tightly controlled and disabled from use.

They tell you a lot of tales about how you will be safe in a world without guns, while their heavily armed law enforcement and private security – paid for with your tax dollars – are making sure they are safe, with guns.

Then there are the followers. Sadly, grieving parents and relatives who have lost loved ones to senseless acts of violence are paraded out for the cameras to mourn the victims and influence the public.  The public is shocked and looks for someone to blame and an immediate answer to how it could be prevented. The answer is always gun control.

Ever tightening gun control (with the eventual goal of complete civilian disarmament) is put out as the ONLY answer to the “gun violence epidemic”.  Only by getting rid of the guns will the public ever be safe. Anyone that advocates for firearm rights is seen as heartless, complicit and just as responsible as those who actually pulled the trigger and killed others.

The followers and the public at large are being fed a carefully crafted story designed to keep the gun control elitists safe, and the public unsafe. An unsafe public will cry out for safety and security, and the answer is always gun control.

Inconvenient truths such as 98% of all mass shootings in the United States since 1950 have occurred in Gun Free Zones or that the areas of the country with the strictest gun control laws have the highest crime, murder and “gun violence” rates don’t seem to matter. Only emotions, feelings and blaming inanimate objects for the complex societal problems at the root of poverty, mental health, crime, violence and social injustice matter to the gun control movement.

Remember, gun control does absolutely nothing to increase public safety and the answer to fix that shortcoming is always to implement more gun control.